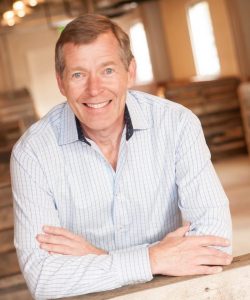 Christopher Cipoletti, Managing Director. Christopher Cipoletti started his career with the regional law firm of Hall &amp; Evans, LLC where he became a partner after 6 years. He moved to Holme Roberts &amp; Owen (now Bryan Cave) where he was a partner working with businesses and sports organizations. Mr. Cipoletti founded the firm of James &amp; Cipoletti, LLP in 1997 where he was engaged in the representation of businesses and nonprofits with an emphasis on healthcare, education, technology, and sports organizations. In 2003, Mr. Cipoletti became the CEO of a national nonprofit, the American Numismatic Association, where he oversaw a $6 million operating budget, a $24 million investment portfolio, and over $100 million in tangible assets. During his almost 5 year tenure, he grew the organization’s assets by 28% and its membership (customer) base by 17%. After leaving the Association, Mr. Cipoletti has been a successful business consultant, assisting clients with growth strategies, organizational structure and capital raising. He has also served in several interim CEO and COO roles for clients.

Mr. Cipoletti has worked around the United States with businesses in a variety of sectors from direct mail marketing, logistics, software & app development, medical practices and medical devices, and sports and entertainment. He has helped drive successful plans for businesses ranging in size from $10 million to $75 million in annual revenue.

Some of Mr. Cipoletti’s accomplishments include: 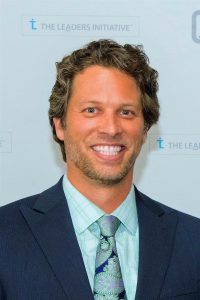 Mr. Franz is a respected mentor, board member and leader of the entrepreneurial startup movement in Colorado. He had been appointed to the Colorado Economic Development Commission, where the commissioners approve grants and incentives to recruit and grow great companies in Colorado.  In 2016, he was selected as a Colorado Governor’s Fellow, a program that brings private and nonprofit sector leaders together to contribute to pubic leadership with dynamism, innovation, and experience complimentary to traditional government leaders. Mr. Franz is a facilitator for the TechStars Startup Weekend program and has served on numerous start-up and non-profit boards to drive the entrepreneurial ecosystem, including the boards of Startup Colorado and Peak Startup. He was named the 2007 Young Entrepreneur of the Year by the Colorado Springs Business Journal. Mr. Franz holds a Master of Science in Electrical Engineering from Stanford University, and a Bachelor of Science in Electrical and Computer Engineering from Worcester Polytechnic Institute.